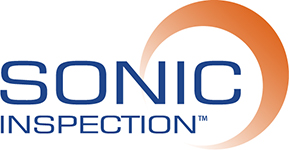 “Standard for the Inspection, Testing and Maintenance of Water-Based Fire Protection Systems”

Chapter 14 of the NFPA 25 addresses the need for continued operability of water based fire protection systems by providing requirements for monitoring the interior condition of the piping system and conducting obstruction investigations. Metal piping systems can lose structural integrity due to corrosion by-products such as pipe scale. The requirement for periodic internal inspections of the system piping are intended to address this issue. Any type of system that uses piping can become inoperative when the pipe is filled with obstructing material. Sprinkler systems are no exception. Any maintenance program must include means for revealing potential obstructions and removing any obstructions that are found.

An Internal Assessment is an analysis and evaluation of conditions inside key system components of the sprinkler pipe system. This type of assessment is used to identify the presence of organic or inorganic material within the pipe. To provide reasonable assurances that corrosion and obstruction issues within fire protection systems are identified, NFPA 25  14.2.1.1 requires:

“An assessment of the internal condition of piping shall be conducted at a minimum of every 5 years or in accordance with 14.2.1.2 for the purpose of inspecting for the presence of foreign organic and inorganic material.“

“If the presence of sufficient foreign organic or inorganic material is found to obstruct pipe or sprinklers, an obstruction investigation shall be conducted as described in section 14.3″

NFPA 25  14.3 covers Obstruction Investigation and Prevention.  NFPA 25  14.3.1 States that “An obstruction investigation shall be conducted for system or yard main piping wherever any of the following conditions exist: